2018 will see the perennially beloved ShEvil Dead shambling toward victory against both The Resistance and the Outlaws. While each team has a new composition, Bay Area fans will find many familiar faces donning the zombie-green of ShEvil.

The players who will feel most at home are a handful of returning ShEvil veterans. OG Zombie Thea Nnihilator (née Pocalypse) (#1), is a fearsome blocker who has seen many tours with San Francisco, while coach/captain Chili Con Carnage (#3), big perm (aka Perma&) (#404) and jamming specialist Danymite (#818) have all spent at least one season with the team.

A new face to the SF team is the other coach/captain Stef Mainey (#13) who skated with her former league London Rollergirls until just over a year ago when she landed in the Bay Area and promptly joined BAD and played on the BAD All-Stars for WFTDA playoffs last year. Stef is known as an intimidating blocker who will capably jam as the need arises and hinted that she is as likely to do either for ShEvil this year. Prying a few more lineup details loose from Stef’s clutches proved a challenge but she said, “We could have multiple skaters [blocking and jamming], we have a lot of really versatile skaters on this team. We could possibly see Tifa Knoxhard (#9999), BA (#888), Jirsa (#22) and myself doing a bit of both.” If their history is any indication, we can probably add the names Danymite (#818) and Sterling Archer (#925) as likely to put on the star this year as well.

Danymite (Dani Rueda when she is skating with the All-Stars) elaborated on who she likes to have in front of her anchoring the blocker line. “Mad 4 Gravy (#4) is such a solid blocker, so when she’s on the track with me, I feel for the opposing jammer. As far as offensive players…well, there are several: Pizza Party (#99), Murderyn Monroe (#7), and Stefanie Mainey. If I have to choose my favorite, it would be jammer-turned-blocker Huck Sinn (#10). I feel that because she knows what it means to be a jammer, she can time and execute her offense effectively. She’s definitely shaping up to be a massive offensive asset to the zombies.”

Dani reflected on the team’s chances for the season as a whole. “I think ShEvil is coming into the 2018 season with a strong line-up, which is not representative of seasons past. It is still too early to tell, but I’m confident this will be a great year for the SF ShEvil Dead.”

Coach Chili is likewise enjoying the new vibe and roster for ShEvil and the new vibe for BAD as a whole. “Overall the transition has been refreshing for sure–new teammates, new culture, new coaches. I think it’s going to be an awesome season.” 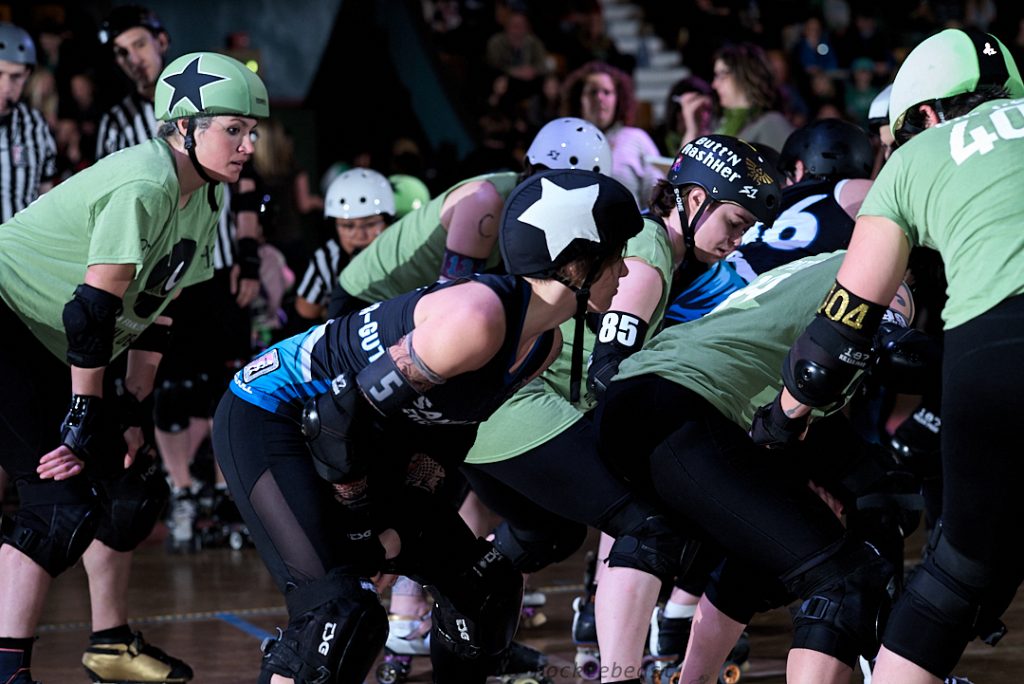 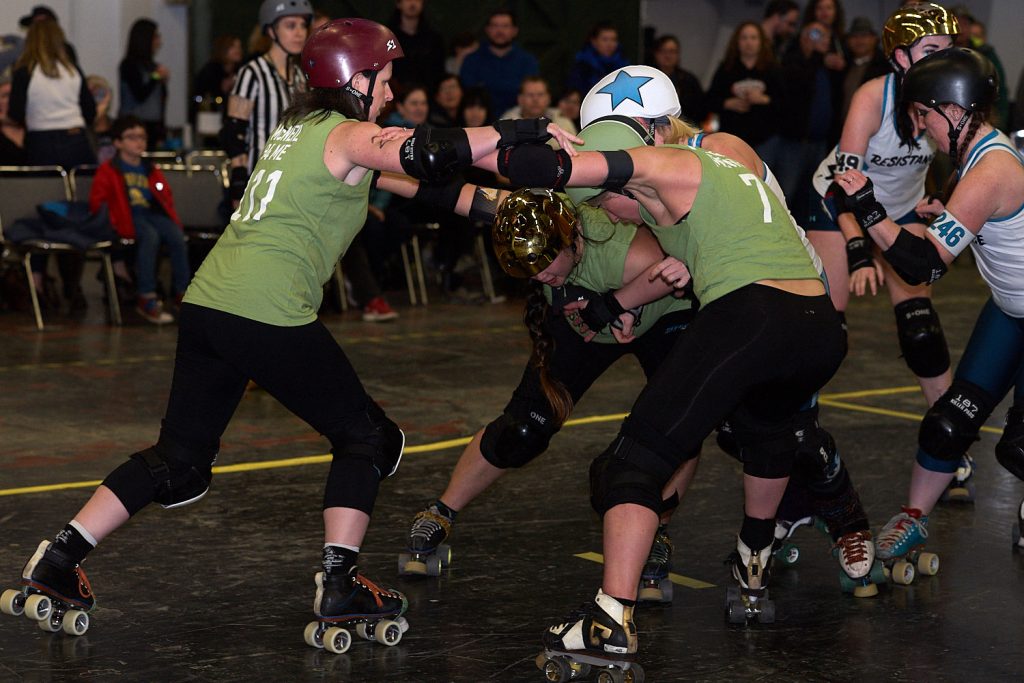 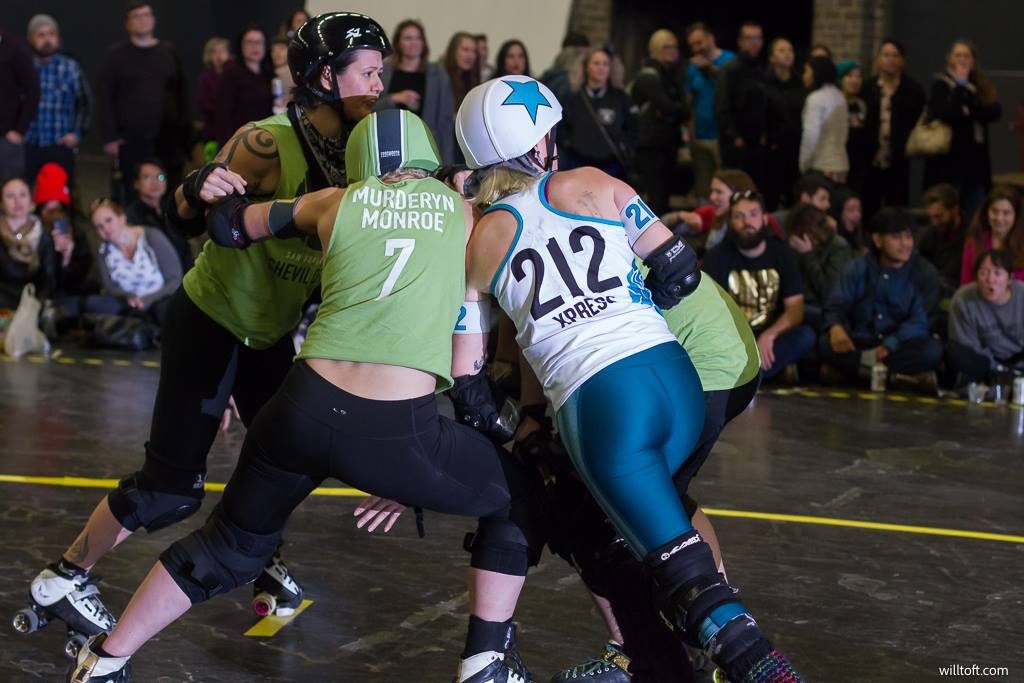